RSS
← What’s Yours Is Mine: Stop ‘N’ Gogebic
To Kilt a Mockingbird → 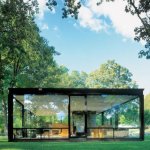 Be silent always when you doubt your Sense,
And speak, tho’ sure, with seeming diffidence.
Some positive persisting fops we know,
Who if once wrong will needs be always so;
But you with pleasure own your errors past,
And make each day a critique on the last.

— Alexander Pope, “An Essay on Criticism”

Drillbaby, this one’s for you, buddy!

I seem to have lost count of which was in the lead: the amount of sponsors that have dropped from Rush Limbaugh’s show or the alert! emails in my inbox keeping me abreast of the latest play-by-play concerning the blowhard’s latest faux pas.  The reaction to Limbaugh’s juvenile and vulgar off-the-cuff claptrap has been astounding.  There is no mistaking or masking how wholly inappropriate were his remarks about Georgetown student Sandra Fluke.  But I would argue that his coin “feminazi” is far more captious and damaging.  (Equating half of humanity’s equal rights and parity with men as a genocidal totalitarian regime that gassed and cremated millions of people?  Um, ref?)  The whole imbroglio has brought up some interesting considerations though:

* Where was/is the outcry when Limbaugh’s peers on the left make sexist ad hominem attacks?
* When is the last time a woman pundit pilloried a man with such scathing ridicule?
* Who cares anyway?
* What does any of this have to do with why Sandra Fluke testified in the first place?

Also, was Nancy Pelosi or Harry Reid or anyone in the Obama Administration expected to demand an apology from loudmouth Ed Schultz last year when he called Laura Ingraham a “right-wing slut”?  Sure, it was not as explicitly implied or as literally sexuated as Limbaugh’s gaffe, and no, graciously, he did not follow up with pruriently hoping to see a sex tape of Ms Ingraham, but the uproar hardly reached a decibel.  When Keith Oberman, erstwhile saint of the left, referred to Michelle Malkin as a “mashed-up bag of meat with lipstick,” I received no torrent of email urging me to demand an apology from MSNBC.  Furthermore, nouveau bad boy of the left, Matt Taibbi, was censured in a hush that must have been silent when he fantasized about reading Ms Malkin’s writing thusly: “I imagine her narrating her text, book-on-tape style, with a big, hairy set of balls in her mouth.” (Sorry mom.)  Now I know he was making a nattering innuendo about tea bagging and the tea party, nonetheless…  Where were the shows on public radio when Bill Maher called Sarah Palin a “a dumb twat” and “a cunt”?  (Again, I’m sorry mom!)  And were there any remonstrations whenever Chris Matthews repeatedly disparaged Hillary Clinton — “anti-male,” “Nurse Ratched,” “she-devil,” “uppity,” “witchy,” to cite a few.  (One might conclude he was talking about a spooky voodoo priestess or some termagant from the Middle Ages, and not the former First Lady, Senator of New York, or present Secretary of State.)

To be fair (if you can call this “fair”), the Right is not left out in the name-calling game.  Hardly.  To take but one example, Ann Coulter and this charming argot of adult-speak: “Liberals are not like most Americans. They are the biggest pussies on Earth, city-bred weaklings who didn’t play a sport and have never been in a fight in their entire lives. Their mothers made excuses for them when they threw tantrums and spent way too much time praising them during toilet training.”  In three short sentences she has managed to alienate a couple hundred million Americans, and do so in as coarse a manner as a locker room potty-mouth that reeks not only of some kind or ironic misogyny, but also a jarringly bizarre androcentric blur of tough guise and guys.

Before the body of this scribble is deliciously littered with a bevy of liberal anti-Rush Limbaugh comments (of which I do not by any means disapprove), let me be clear about this: Limbaugh specifically attacked a civilian, not a public figure, a civilian who was testifying before Congress about healthcare access, and not a self-appointed font of opinions (including yours truly) whose unsolicited nature more or less invites cheers or jeers.  This, in tandem with the salaciously callous nature of his comments, is what sets his most recent pollution apart.  I get that.  I get that entirely.  What I am trying to accomplish in this scribble is our taking a cold, hard look at the stone in our hands before we hurl at the glass house Limbaugh.

After all, “to err is human, to forgive divine.”  Even if you are Congressman James Sensenbrenner who has more than once commented on the size of First Lady Michelle Obama’s behind.  Now, I ask you… 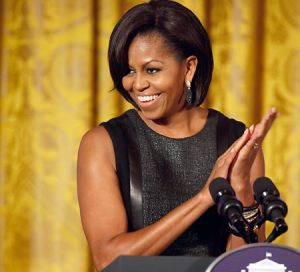 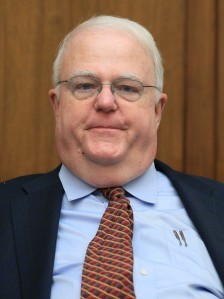 a)  Are you [expletive deleted] kidding me?  The woman radiates rhapsody!
b)  Look at you, pal, good lord!
c)  Family values, anyone?

Since we’re jabbering like schoolboys, I’ll add only I know you are, but what am I?

But in the end (so to speak), who gives a rat’s ass what these so-called pundits spout out for x-amount of hours every day for ratings or in order to sell an edgy book?  It is not lost on me that Rush Limbaugh has the widest listening audience in all of radio.  And Tiger makes a killing off of Justin Bieber — so what?  Since when in the world has popularity reflected good taste or integrity?  Glam Rock used to be the dernier cri at one time, too.  So did acid wash jeans, flat top haircuts, shoulder pads, Zubaz, Z. Cavaricci’s, South Beach Diet, Chilean sea bass, and Chevy Chase.  Of course what these people say is offensive, but do they require apologies?  Why?

Moreover, this flimflam allows us all to miss two greater points: the double standard of this never happening to men either at all or at least to a comparable extent that it does to women, and to what actually caused this explosive hyperbole in the first place?

As to the former, I shall gladly defer to my favorite person in the U.S. Senate:

Bingo!  An economist might point out that it ought not be surprising that in a male-dominated body, like Congress, shall receive heaps of praise or scorn from a male-dominated entity such as the media, but one would like to shout aloud, “But that’s the whole point!”  (Which in turn reminds me of a wonderful lyric of Fiona Apple’s when she sings “He said ‘It’s all in your head,’ and I said, ‘So’s everything’ but he didn’t get it.”)

And let’s remember what prompted this pomp and circumstance in the first place.  Just after Valentine’s Day, on February 16, 2012, Rep. Darrell Issa (R-CA) held a hearing entitled “Lines Crossed: Separation of Church and State. Has the Obama Administration Trampled on Freedom of Religion and Freedom of Conscience?” which presumed the infringement of religious liberty with respect to contraceptive mandates that would go into effect by August 2012.  True to form, not a single woman was allowed to testify on behalf of contraception.  So let me repeat: if it were men who gave birth (God help us), I would sooner place my hopes on a snowball’s chance in these God-fearing men’s hell than such a hearing ever to happen.  Please, Plan B would be as readily and ubiquitously available as those little capsule packs of Advil or Ibuprofen in rest stop bathroom vending machines.  And believe you me: if men could menstruate, there would be a cure for it.

But men can’t.  In this parlor room we can only knock women up…or down.  And we do so with a stamp of cynical insouciance that comes only from the most boorish of blithe privilege.  Yet we cannot rest.  Oh no, for hell hath no wrath like a conservative man whose religion is perceived to be scorned by The Government.  I should not cast stones.  As long as I can argue that my own moral conviction is compromised when my federal and state income taxes go toward war or capital punishment, respectively, then I shall support other conscience clauses, too, no matter how personally I might disagree with them.  Sound good?  No.  Because that too misses the mark.  If this gigantic distraction is truly about healthcare, then let’s talk about it.  If an employer does not want to extend a certain service based on some principle, fine; what moral authority does the government truly have in picking this but not that, those but not these?  I have yet to experience the most fleeting epiphany of why healthcare is correlated to employment in the first place.  No dogs do I have in the semantics of single-payer health insurance, except that it is incredibly complicated.  But having no insurance whatsoever seems immeasurably more immoral than sparing a dime for a diaphragm.  Even if you’re as tight as a…just kidding.

“No Place so Sacred from such Fops is barr’d,
Nor is Paul’s Church more safe than Paul’s Church-yard:
Nay, fly to Altars; there they’ll talk you dead;
For Fools rush in where Angels fear to tread.”

Posted by t corcoran bauer on March 6, 2012 in Hypocrisy Hip Horray!, National, Opinions Unsolicited, PopKultur, Strange Inconsistences, Suffragette City, You Turn Me on Like a Machine!

← What’s Yours Is Mine: Stop ‘N’ Gogebic
To Kilt a Mockingbird →

3 responses to “Fools Rush In”